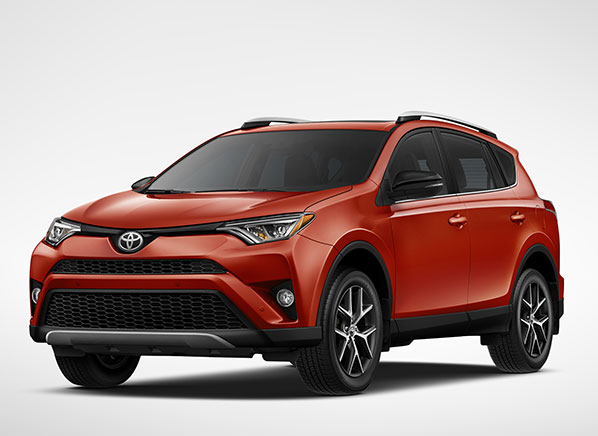 Want to get your hands on a new Toyota RAV4 Hybrid? The Japanese automaker has just released pricing for the entire lineup of the new 2016 RAV4. And the electrified version will set you back at least $29,270.

The gasoline-electric version of the crossover joins Toyota’s growing lineup as its eighth hybrid model. That’s a pretty impressive array of choices, alongside hybrid versions of the Camry, Avalon, andHighlander, plus the dedicated hybrid lineup of the Prius, Prius PHEV, Prius V, and Prius C. That $29k asking price makes the RAV4 Hybrid neither the most or least expensive hybrid in the Toyota catalog, undercut as it is by the base prices of the Camry, Prius C, Prius, and Prius V. It does, however, significantly undercut the price of the Highlander Hybrid, which starts at a far higher $47,850.

Toyota is also offering the new RAV4 Hybrid in two trim levels: XLE and LTD. The price listed is for the former, while the latter will set you back a more princely $34,510. All prices include a delivery charge of $900, which is accurate for most of the country, though some regions differ a bit. For comparison’s sake, the outgoing RAV4 EV (based on the outgoing model) commanded a far more significant MSRP of $49,800.