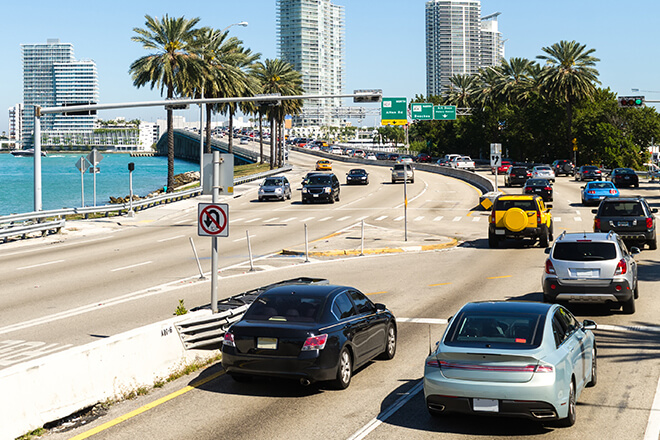 The rules of the road are created to ensure the safety of every driver. Not following the law will result in an arrest, hardy ticket fines, or – the very least – a stern talking to by a police officer that will bring someone to tears.

Every law regarding the road has its important purpose. That purpose is to protect the drivers and pedestrians on the road. But, what about the laws that are just… bizarre?

There’re old, archaic road laws that have gone unnoticed today. These laws are outdated. Butamong CA leader ideas for traffic and bumpy roads, there are also some lesser known laws that people break almost every day. Others are just downright odd. Here are some laws that may be covered in California traffic school and will make you question why they exist and who was the schmuck that gave someone a good reason to enact the law.

Rhode Island is one of the smallest states in the country, but it has one of the more interesting driving laws. When passing another vehicle on the road, the driver must honk their horn. This is beneficial for drivers who don’t frequently check their peripherals while driving.

Instead of subtly noticing a car is passing them, they’ll get startled at a wailing horn to their left as a car zips around them. When drivers don’t honk their horn, they could be at risk of receiving a ticket fine.

Street Racing is Illegal, but so is Spectating

Street racing is illegal wherever you are. The act of racing cars on highways, avenues, and roads is dangerous for those wannabe NASCAR drivers. More importantly, the roads will be filled with innocent drivers and bystanders who will be at risk of a collision, which will result in serious injuries or even death.

In California, street racing is not only illegal, but watching a street race is considered breaking the law too. The reason is because spectators help encourage races by creating an audience. So, if you’re looking for a race, just check out something contained – like Formula 1.

Women Cannot Wear a Housecoat and Drive in California

One of those outdated road rules that we see still in effect pertains to the type of wardrobe women wear. Even in 2019, we’re dictating what women wear. In California, women can’t wear a bathrobe while driving a car. This is apparently illegal in the progressive Golden state.

However, there’s nothing in the lawbook that talks about men wearing a bathrobe behind the wheel. It’s probably because the person who put it into the law realized driving with a bathrobe on is kind of fun. It’s convenient when you need to step out of the shower and take a short drive somewhere.

Cars Left Unattended for Warming Up is Illegal

Nobody enjoys being cold. Feeling frigid is a universal hated state of being. For some people who wake up early in the morning, it makes sense to warm up their car. The bad thing about warming up your car is that it takes a while to get toasty on the inside. That’s why some people will start their car and retreat into the warmth of their homes leaving the car idle outside. This is horribly in illegal.

Leaving a car idle and unattended is illegal in certain states. You’ll have to bear the cold inside your car in:

If you’re living in Hawaii, warming your car up is a non-issue.

Removing Clothes in a Your Car is Illegal

Another interesting car law that pertains to clothing is disrobing behind the wheel. In some states, removing articles of clothing is illegal while driving. That means, if you’re getting warm and need to take off a jacket, you must pull over at a convenient location to remove that clothing piece.

Removing clothes while behind the wheel could be dangerous. You don’t want to get an arm stuck while you’re making a turn. Just make sure you’re familiar with that state’s law regarding what you’re wearing, so you don’t accidently get ticketed for being naked in your car.

The sun’s out, but your guns aren’t? Look for the next rest stop, so you can take off those sleeves and get a gnarly road tan.

Next post 4 Ways to Choose a Trustworthy Brake Mechanic