10 Of The Best Motors In Movie History 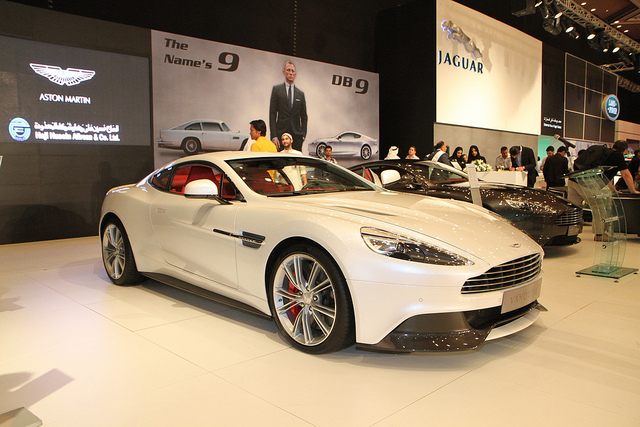 With the silly season fast approaching, you may already be rehearsing your excuses for escaping the Christmas dinner washing up session. We have decided to bring you your gift early this year. We have provided you with this awesome movie list featuring the most iconic cars in history. If a mammoth motoring movie marathon can’t get you out of the kitchen, then nothing will!

Back To The Future – The ultimate mod job comes in the form of a 1980s DeLorean DMC-12, and the guy with the spanner is none other than Doc Emmet Brown. Michael J. Fox could not have been better placed for this movie at the height of his film career. Two more incarnations of the DeLorean that started and sped to 88 miles per hour were released within the next 5 years. This film is probably on the top of most people’s fave movie lists. Strangely, the car does very little, and features only for a few minutes in the final film. The last film is set in the wild west in 1885, and focusses mainly on the awesome train rides that see the main characters desperately trying to make it back to 1985.

KnightRider – Another 1980s favorite, this time in the form of a Pontiac Trans Am. K.I.T.T. or the Knight Industries Two Thousand, started his career on TV, voiced by William Daniels. Daniels was never fully credited for his role on the show, but helped bring the iconic black car to life. David Hasselhoff continues to owe his career to the four years he spent on the small screen with his Trans Am. KITT and the Hoff made it to a couple of TV movies, and even tried to break onto the silver screen with spin-offs. The story continued into the twenty first century where KITT was upgraded into a Ford Shelby GT500. This time he is all about the muscle and failed to delight quite as much as the quirky personality and endless turbo boosting of the original.

Die Another Day – The Aston Martin V12 Vanquish certainly set a few hearts fluttering among petrol heads when James Bond started throwing his weight around it. Its ability to handle fast speeds across frozen lakes certainly sets it apart from the rest, or at least the Jag that was chasing it. As usual, it was modded to excess and toppers with gadgets we didn’t understand or care about. All we need is the one with the red button, right?

Transformers – What little boy or grown man doesn’t dream that their car will magically convert into a cool evil fighting robot with more fire power than you can shake a stick at? Bumblebee is the firm favorite with his 70s Camaro alter ego. Awesome color, awesome lines and awesome how not a scratch or dent can be seen anywhere on the interior after getting into those fights as a bot…

Goldfinger – The DB5 was probably the first car on the silver screen to make it as big as Sean Connery himself. There were few cars that had quite as much impact on generations of men and women as this Aston Martin. Time was spent in the story explaining what she could do and then even more time was spent really showing her off. You can’t get any more yummy than the 1963 DB5 that Sean Connery got to park his backside in.

The Love Bug – Not many people are sure why the studio went with this particular title. Herbie isn’t all about the loving in this movie that sees him racing like a mad car. His ability to be cute and furious at the same time perhaps is a reason to love Herbie. For the thousands who have since gone out and bought themselves a veedub, maybe the intention of the title was subliminal advertising from the manufacturer! For more on current VW cars check your local dealer or Eastern Western. The 1962 Beetle that features in the movie continues to be a popular design to this day. The new shaped Beetle also sells well, but is far more luxurious than you would have got back in the day. They’re not cheap, but they are still fun.

Starsky and Hutch – The original TV series saw a 1975 Gran Torino undertake more stunts than Lee Majors, winning the battle in ratings between the two shows. While The Fall Guy had the GMC 2500-K truck and Heather Thomas, the red Ford was always going to be the winner in the battle of flashy motors. In a movie spin-off starring Ben Stiller and Owen Wilson, the comedy duo perhaps stole a little of the car’s thunder, but for a night in with the popcorn, you are in for a treat.

Ghostbusters – The Cadillac Hearse in this movie could not have been more clumsy, yet it has stayed with us all since the 1980s as a favourite vehicle. Even Lego have released a version featuring all the Ghostbusters and their ghost busting equipment. Perhaps the reason for loving it so much was the daft siren and flashing light they used to cut through the crowds of New York. Or maybe we all love a car that can fit nuclear powered proton packs, four guys and enough pairs of boots to make it through to Siberia.

Wayne’s World – Queen enjoyed an enormous surge in popularity and something of a revival thanks to the Bohemian Rhapsody scene from Wayne’s World. Garth’s Mirth Mobile also saw a surge in prices for used AMC Pacers. The one in the movie was the 1976 model, painted up with flames, and enjoying a base color not original to the factory. However, with five guys on the inside and rock music blaring out the windows, this car has become a firm favorite for young Americans ever since.

Bullitt – Perhaps the coolest of the cool cars, and not just thanks to Steve McQueen in Bullitt, the Mustang GT 390 will never fall off any of our must-own lists. It roars, it purrs, it goes fast and it takes a pummelling. Bullitt is the must-see movie for gear-heads.